Roundup of a Fantastic Travel year that was 2018! 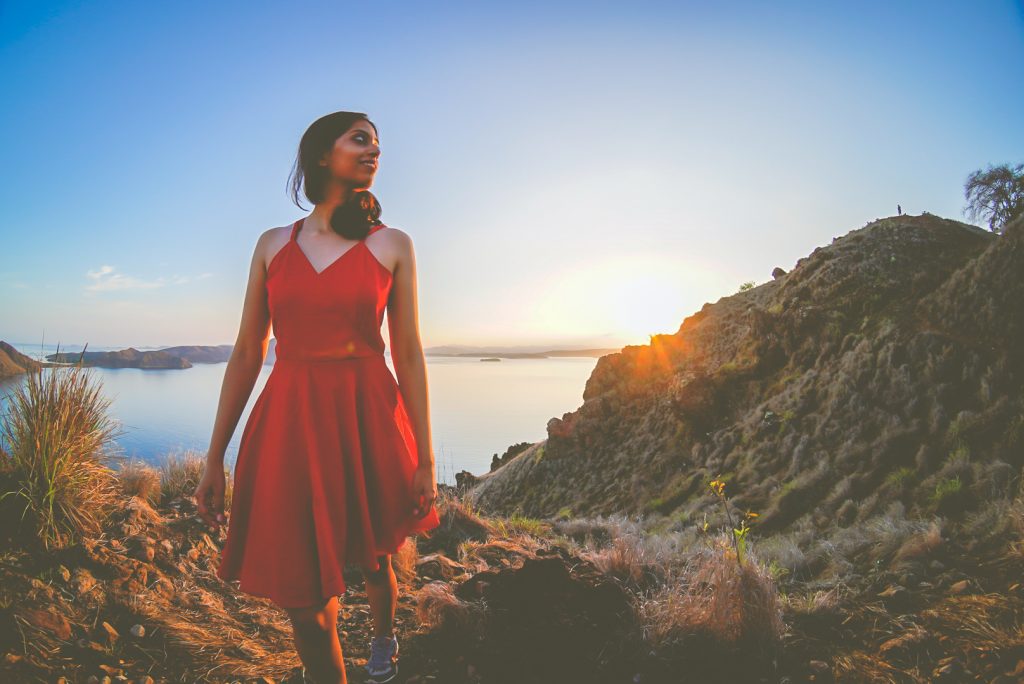 I started 2018 on a high note with already having my flight tickets to Europe booked. Applied for Schengen visa through Italy and it got approved within a week.

My First Visit to Europe

The plan was to travel for about 3 weeks starting off with Italy. I landed in Rome and then headed off to Florence, and Venice in Italy. And then I was off to Zurich in Switzerland for a couple of days (which was the only uneventful leg of the trip with hardly anything to do in Zurich during winters). It was followed by a few days in Prague and then Vienna . Find my 15-Day winter itinerary in Europe here.

I flew back to Rome and spent a week volunteering in the countryside near Rome. Volunteering has been a major item in my list and I’m glad it happened this year. It teaches you more about the culture – living and working with the hosts – like nothing ever did before. You can find some key Workaway tips here.

My first Euro trip was a disaster though, with my baggage getting delayed by Kuwait Airways, and having to spend most of my time in Europe (over 2 weeks) with limited clothes during a cold wave through Europe. That was the first time I realized how important travel insurance can be especially on times like these, and I was compensated for my expenses during the baggage delay both by Kuwait Airways and my travel insurance company – Reliance. Here are some important tips to keep in mind while applying for international travel insurance.

Getting back to a Corporate Job

Also, it was almost a year since I took a break from work and gave myself space to explore the things I’ve always wanted to do – like freelancing, taking up photography assignments, performing new dance style (contemporary) on stage, trading, and many other things. It was a rollercoaster of a year, to say the least – I had more time in my hands than before, but at the same time, I was always short on money and was never sure where my next paycheck is going to come from.

After a year, of surviving with dwindling funds, I decided to go back to work. So after my Euro Trip, the next couple of months was spent in looking for jobs.

I got an offer to work at Expedia – a travel company which seemed like a good opportunity to understand the travel side of the business. I took up the offer and had just more than a week left to join.

Getting certified as an Advanced Open Water diver in Sri Lanka

So, I squeezed in a trip to Sri Lanka and it seemed like a good time as any to take up my scuba diving skills to the next level by doing an Advanced Open water diving certification. I applied for Sri Lanka e-visa just 24 hours before the departure and I had the confirmation letter in my email within a matter of 15 minutes. It was an impulsive one but it turned out to be an amazing trip and my first totally solo trip (usually my solo trips were just extended days of me staying back after my friends left).

Next few months were about adjusting to the new workplace and enjoying seeing the salary at the end of every month which I had previously taken for granted.

A solo trip to Pondicherry

Somehow even after being in Bangalore for over 5 years, Pondicherry always eluded me. Asked my friends and when none of them were available, I decided to go on another solo trip. Now that I think about it, I’ve done more solo and impulsive trips this year, than any other year. I stayed at a beautiful artistic Airbnb ( If you haven’t registered on Airbnb yet, use this link to get a $15 /Rs. 1100 off on your next stay). And spent time with the locals who showed me around town. And even ended up going to a hippie party in Auroville. It was a fun short trip to a pretty little beach town.

Canada trip that didn’t work out

I was supposed to go on a trip to Canada by September end but due to visa rejection, that didn’t materialize. Canada visa is probably the worst visa process I’ve ever had to put myself through. It took 2.5 months for the embassy to finally decide that our visa (my brother and I) was rejected all the while they had my passport and my brother even had to miss his trip to South Korea because of this.

A family trip to Dubai and Abu Dhabi

For Diwali holidays, I planned a trip to Dubai and Abu Dhabi with family for about a week. I didn’t particularly like anything about Dubai, except for the desert. However, my parents enjoyed their time in Dubai and Abu Dhabi, so it probably was worth it.

I didn’t have anything planned for December yet. But that soon was about to change and how! I ended up boarding over 15 flights in December alone and it turned out to be the best travel month so far!

Winning a Diving trip to Indonesia

I ended up winning a trip to Wonderful Indonesia with Indonesia Tourism after I participated in a quiz. One week I didn’t have any travel plans in December and the next week, I was flying to Labuan Bajo on a diving trip and living in a liveaboard (something I’ve always wanted to do). I got myself acquainted with Komodo island and came face to face with the fierce Komodo dragons (such amazing creatures!). I traveled with people from all over the world (I was the only Indian among a group of around 20 people).

Celebrating Christmas in the United States

I always thought that Christmas is such a magical time to travel when the whole city is decked up like a bride and coupled with festive vibes. Believe it or not, I booked my partially refundable flights to New York just about 2 weeks before the intended departure date, even without a visa in place. It happened right after I found an open slot for a visa interview a week later. I’d definitely not suggest doing this for US visa. It’s better to first clear the visa interview, and only once your visa is accepted, it’s advisable to book flight tickets. The best part about US visa is that they provide the visa for 10 years, and that apart from the US, it makes international travel a little easier as you a free visa to most of the North American countries, visa on arrival to Dubai, e-visa to Turkey, and Georgia, and host of other benefits.

Landed in NYC and spent a couple of days there during Christmas time. Followed by a few days in Detroit which had nice Christmas decorations as well, and my wish for a white Christmas finally came true, even if a little late.

Spent the New Years in Atlanta, where I tried ice skating for the first time and I fell in love with it!

You can find more stories on my Instagram handle – @therovingheart

Here are my top favorite cities I visited during 2018

The floating city is mostly over touristy and too crowded for my sensibilities. At least that’s what I thought until I landed there. I was in Venice during the end of February when a cold wave blasted through Europe. Thanks to this uncommon phenomenon, it was snowing right when I landed in Venice. It was the first snow of the season, and apparently, it didn’t even snow for many years. Watching this magical city cloaked in snow, made me fall in love head over heels.

I didn’t even know anything about Tivoli until I set foot in a local owned B&B place just in the countryside of Rome. The owner told me many stories about Tivoli and its historical villas and variety of fountains that I knew I’d love the city even before I set foot in it. It’s calm and laidback demeanor impressed me and it was no surprise that it made it to my top favorites in 2018.

For someone who likes to be constantly on the move, Nilaveli surprised me like no other. It’s a tiny coastal town in the east coast of Sri Lanka which is most popular for scuba diving. Apart from a few water activities like snorkeling, whale watching in Trincomalee, there’s isn’t much to do in Nilaveli. And it doesn’t have this spirited vibe that I usually love when I travel. Instead, it’s totally laid back vibe, rich marine life, and friendly locals made a special place in my heart. And I’d probably make visiting Nilaveli an annual thing.

Padar island – part of Komodo National Park was once a stomping ground for the fierce Komodo dragons! It’s surrounded by three turquoise bays, and interestingly each of these beaches has differently colored sand – one pearly white sand, another black sand due to volcanic activity, and the third a rare pink sand which makes this island truly unique. Also, the marine life is so rich and vast that I was totally bowled over with all that I witnessed during the dives there. It’s truly a paradise for marine lovers.

New York during Christmas is purely magical, and I would suggest traveling to NYC at this time of the year at least once to see the whole city come alive with bright Christmas lights at every corner. Also, the city has so much character and it’s much more than a concrete jungle, and there’s always something to do over there. It’s truly the center of the world.

2018 was definitely my best year in travel. I visited 8 countries in 3 continents most of it with a full-time job. I am grateful to all the wonderful opportunities that came my way – all thanks to my blog which further fuelled my interest in blogging. I’ve so much more to explore and learn this year but I don’t have any fixed plans yet. I only hope 2019 is going to be bigger and grander in scale in all aspects of life including blogging and travel.

Happy New Year, everyone! Let 2019 be your best year yet, and wish you a wonderful year ahead!

Useful Guide on How to Apply For Sri Lanka Tourist Visa

Fun and Daring Escapades in Manali 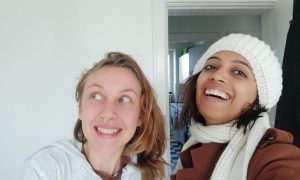 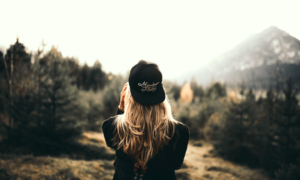 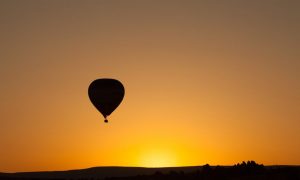