What’s the Graffiti Scene in India is like? Let’s find out! 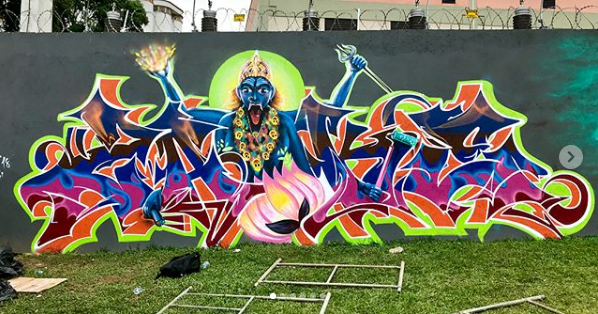 Haven’t we all adored the colorful celebration of art that adorns our own city walls or maybe when we travel? I know I have, more times than I can count! It has a way of capturing my attention instantly, be it state-sponsored murals, or the raw street style Graffiti. I’d prefer that any day over the ever-changing hoardings and advertisements that flood our cities.

Graffiti, wasn’t always considered an art form, and moreover, it has had a tough past.

Since prehistoric times, graffiti has been a way of expressing thoughts and initially only involved tagging.

But it took to a whole new level in the 1960s. What started as a high school student in Philadelphia tagging the city walls to get the attention of a girl, soon took a life of its own. It exploded into more city walls, and subway cars. Young students started pouring in and ended up turning it into a form of rebellion and vandalism. It was easy to get the public attention through graffiti and the negative connotation around graffiti only grew with time for over 20 years since its inception.

It was not until the 1980s, it was considered as a form of art and moved its way to galleries. More on the istory of Graffiti here.

Graffiti is quite popular now and has a regular presence in pop culture and contemporary art forms. Internationally, Graffiti has brought commercial success to its artists, but in India, it’s only taking the baby steps. 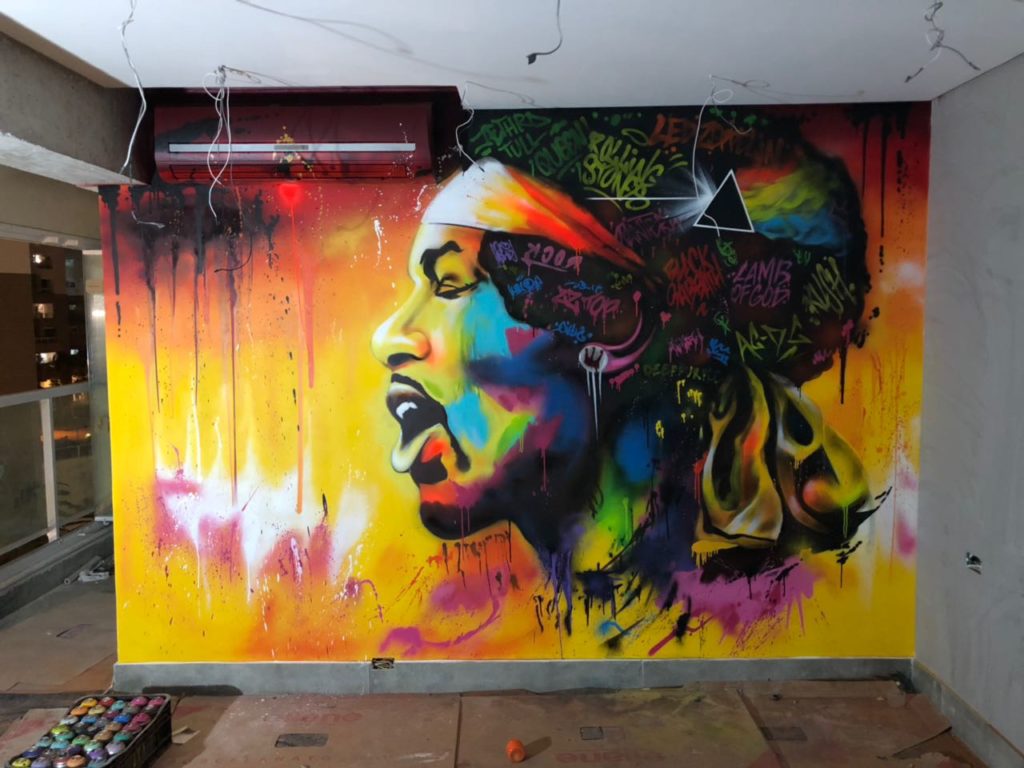 I had a chat with Omkar and Zain of Wicked Broz in June 2018. They have been working tirelessly representing graffiti artists for the past four years. He was elated to share that for the first time in four years, they managed to send a contingent of four graffiti artists to the Street of Styles graffiti festival in Brazil. Apparently, it is one of the biggest hip-hop and graffiti festivals in South America where artists from around the world come together to showcase their work. And be part of the global celebration of hip-hop culture for a week.

Four artists from India – Zake, Mooz, NME, and Zero – well-known names in the Indian underground graffiti circuit, were part of this prestigious festival. They have struggled for years to gain recognition in India, and are now representing India and making waves in the international Graffiti circuit.

For art enthusiasts: Santa Fe Things to do for Art Lovers.

Let’s hear from one of the artists who has put India on the international Graffiti map for two years.

Life of a Graffiti artist

Zake, I heard you went to the Graffiti festival last year as well. How was your experience collaborating with artists from around the world?

“Being in the initial stages of graffiti in India is more of a learning experience. I got to see the techniques closely and also feel the dedication amongst the youth to paint. Also, it was an incredible experience to check out styles from various nations, with artists bringing their own unique style to the walls. All this just inspired me to have a proper understanding of what to do next.”

How does it feel like to represent India at this prestigious festival?

“It feels more than happy to be a part of India’s Graffiti history. Also, it’s more of a responsibility, as I’m the very first artist to get the opportunity to represent our country internationally is more than just luck. It was pure hard work and dedication that took me there.”

What do you think about the Graffiti scene in India and what problems did you face as an underground Graffiti artist in India?

“People in India are still finding their answers to why and how these artists want to paint the walls in the street with their own paints. It doesn’t really sum up to anything. I think everyone is busy calculating how much money they would make and that’s why no one wants to be a graffiti writer.”

“The questions range from ismein scope hai kya ??” (Translation from Hindi – Is there any scope in this?)

“To kaunsi company se ho ???” (Translation from Hindi – Which company are you from?)

“Also, the street art festivals and NGO’s that provide paint and big walls to these budding artists is kind of letting these new artists feel cool about themselves. It’s indirectly affecting us as we were the ones who started this. It takes a lot of effort to go out and find a space and paint in the street. That’s why there’s a big difference between real street-style graffiti artists and them.

Now street art is being used as corporate social responsibility (CSR) and everyone wants to volunteer without knowing what the company’s intentions are. On the other hand, these NGO registered companies are making big money by taking up commercial jobs that could’ve been coming to us. But there’s no point hating the situation. There are always some culture vultures and it’s important to rise above it.” 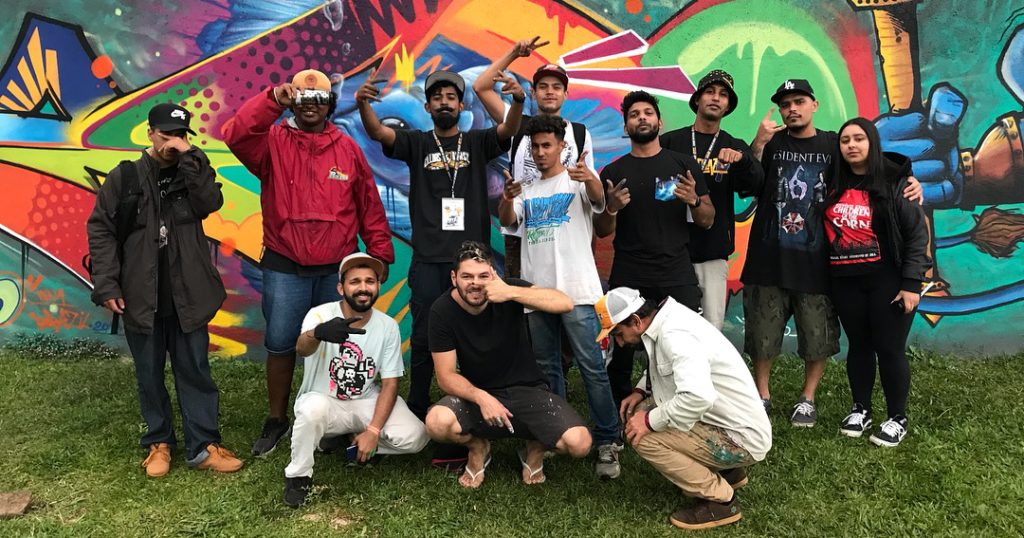 So, what do you think about the culture of Graffiti in India? Isn’t it fascinating to learn how Graffiti has evolved over the years? Let’s spread the word about these amazing artists who are spearheading the Graffiti movement in India!

Wicked Broz hosts regular events and workshops in Mumbai and across India. You can find them on their website – wickedbroz.com 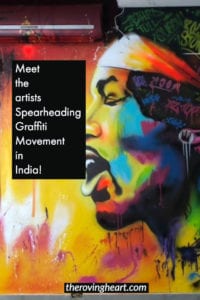 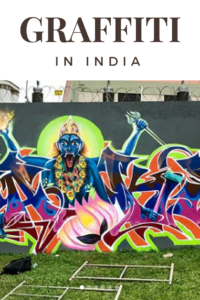 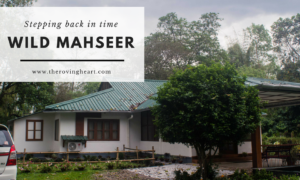 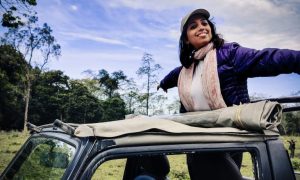 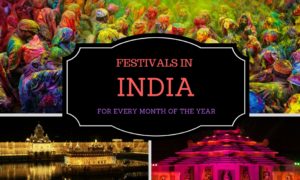 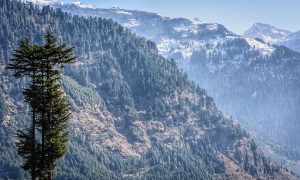 Fun and Daring Escapades in Manali